You would think that a visit from the bottom of the table side in the Bundesliga would provide a bit of relief and a bounce back opportunity. This ended up proving true, but it wouldn’t do so prior to the second half.

Julian Nagelsmann made three changes to the side he played against Salzburg on Wednesday. Omar Richards, Dayot Upamecano and Marcel Sabitzer would replace Serge Gnabry, Niklas Süle and Kingsley Coman who was out with an injury. Sven Ulreich, Benjamin Pavard, Lucas Hernandez, Joshua Kimmich, Corentin Tolisso, Leroy Sane, Thomas Müller and Robert Lewandowski would retain their usual spots.

The first half started off better than the previous few matches but not much. The same problems that had been haunting this Bayern squad still seemed to be there. Possession was good. They controlled the play far more than the previous two matches. However there was almost no chance creation and the attack in general seemed inept.

In the 25th minute, Tolisso would go down with an apparent hamstring issue and was forced off with Gnabry replacing him. This would do little to help the offensive woes. Then in the 42nd minute, disaster struck. Fürth was given a freekick just outside the Bayern box and the resulting shot was deflected by Sabitzer into the far corner 0-1.

That’s how the half would end after a relatively disappointing performance by Bayern which produced very little in the way of chances.

The second half would start with Nagelsmann making one change bringing on Eric Maxim Choupo-Moting for Richards, adding yet another offensive player to the mix. However, this time Nagelsmann would strike gold.

Just seconds after the restart, Gnabry would run take the ball to the baseline, cross off of Coupo to a waiting Lewandowski who buried it 1-1.

A short time later in the 53rd minute, Süle would replace Hernandez at center back. Then in the 61st minute Müller would drive down the right again and this time put in a screaming low cross towards several oncoming attackers but it would end up getting deflected in off of Sebastian Griesbeck for an own goal 2-1.

The following 21 minutes would see Bayern look more dangerous than they had in the last two and a half games but still fail to add to the lead. Fürth meanwhile had a few breaks that showed there are still problems in this Bayern side, especially in defense.

However, in the 82nd minute Kimmich would hit a corner to the far post where Süle would head back for Lewandowski who smashed it home with his own head 3-1. Finally in the 91st minute, Gnabry would take a nice ball in from Pavard and provide a low cross to Choupo-Moting who directed home 4-1.

The glaring point of discussion following this match is just how much better Bayern looked following the halftime substitution. Throughout the first half, it became increasingly obvious that Sane’s positioning was causing a lot of issues in the attack.

I talked about the lack of space in and around the box following the Salzburg match, but today it was obvious that the biggest issue was where Sane was playing. Every time Bayern would get forward, Sane was in a position where he could practically hug both Lewandowski and Müller.

Add to that Gnabry occasionally cutting in and the midfielders bombing forward and you would have anywhere from five to seven Bayern players all within 20 feet of each other. There was no room to work and far too easy for the defenders to clog up the space even further leaving no way through.

Once Choupo-Moting was brought on however pushing Sane out wide, things looked better almost instantaneously. Lets ignore the first goal, which I don’t really think had a ton to do with the formation. The space that Lewandowski and Müller especially had to work with in the box seemed nearly quadruple what it was prior to the break.

Bayern throughout the second half looked much more like the team they have been for the last few years. The movements were fluid. The chances came thick and fast. It looked like they were having fun again.

To be clear, I’m not blaming Sane. While it is certainly more on Nagelsmann, I think maybe this is something that everyone needed to learn. Sane is far more effective as a winger where he is stretching play and where he occasionally wonders in.

Nagelsmann has to take note of this. He can no longer put both Coman and Sane on the left. Maybe he can try putting Sane on the right with Gnabry playing the more central role, but I tend to think even this might cause some of the same problems.

I don’t know if starting Choupo is the answer. It certainly looked like it might be today, but it’s clear that the five man attack used in the previous weeks was not the best idea.

It took longer than we expected, and in large part because of the tactical issues mentioned above, but Bayern finally put in the performance that we were expecting following those two and a half painful matches.

Following the early second half goal the shift in not just the play but also the confidence of the players seemed palpable. The mood around the team seemed better than we’ve seen it in a while. Perhaps I am projecting my own feelings here but they did genuinely seem more confident and spirited in their play.

This shift is perhaps even more important after the previous week. Getting some rhythm back really can go a long way to fixing these types of hiccups. Hopefully the combination of seeing what is working on the pitch and gaining that little bit of waning confidence back, will put the team back on the right track for next Saturday’s matchup with Frankfurt.

Unfortunately, and predictably, not all of Bayern’s problems were solved today. Both the backline and midfield continued to struggle with certain aspects today. Unfortunately, this probably has far less obvious solutions than simply shifting one player here or there.

The continued absences of Alphonso Davies and Leon Goretzka are certainly taking their toll and I’ve gone on at length about the squad depth in the past week. However, these problems might be compounded with Tolisso tearing a muscle and Hernandez being forced off with some discomfort as well.

For the time being, that leaves Kimmich, Sabitzer and Marc Roca as the only options in the midfield. Perhaps Jamal Musiala, who made the bench today, will be ready to add his name to that list in the near future, however you have to imagine that the first three will be the primary options.

While it would appear that Lucas will be ok, if he were to miss any time, the options at left back would be down to Omar Richards and would almost certainly mean that Nagelsmann would have no choice but to play a back three.

Even still, the Bayern coach must find a way to stabilize the defense and midfield. There also needs to be more cohesion in the buildup between the defense and the attack. Long balls played a huge role in todays win and while it was great to see, that is not always a great option.

One thing that I think worked relatively well a few weeks back was when Gnabry and Sane were playing a little deeper. It seemed obvious Nagelsmann gave them a role that required a bit more defensive work. It appears some of that has been lost in recent matches and while I would never expect them to be super deep in defense, it might go a long way to stabilizing things overall. 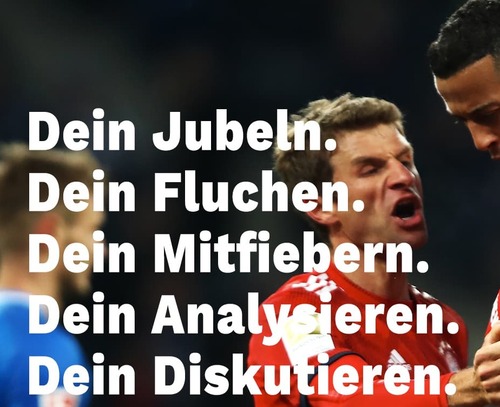